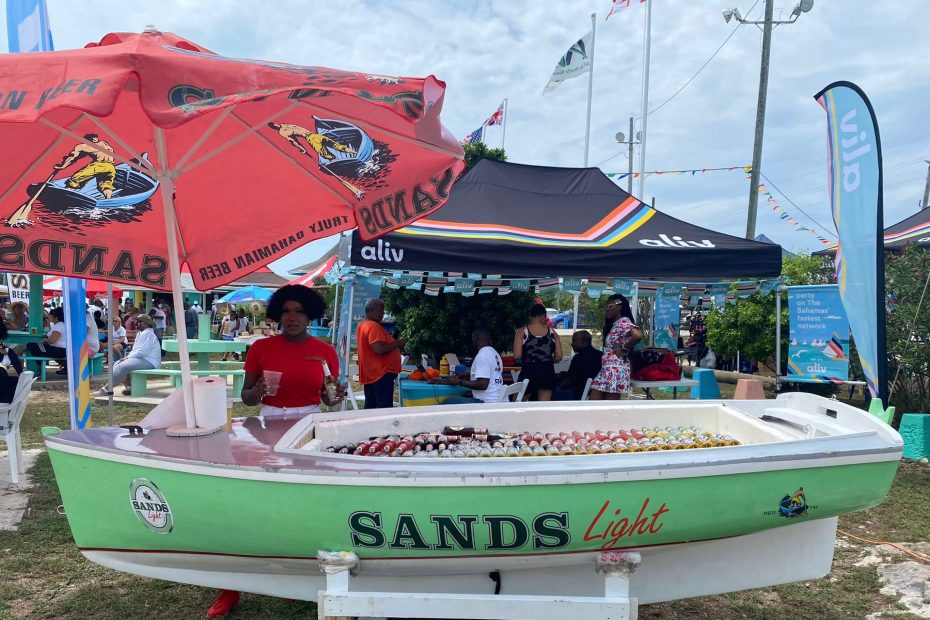 New Providence, The Bahamas –Regattas are BACK! One of the country’s major cultural expressions has returned with full force and the Bahamian Brewery and Beverage Company Ltd. (BBB) is proud to be back in support.

With roots deeply woven into the fabric of Bahamian culture Sands –

the country’s truly Bahamian Beer – has long been a staple of island festivals and regattas. After a nearly two-year hiatus due to pandemic restrictions, the government announced the resumption of island regattas which saw thousands of Bahamians converge on Long Island for four days of boat races, Bahamian music performances, and of course, authentic Bahamian food and drink.

“Sands is the truly Bahamian beer and so we work to remain connected to aspects of everyday Bahamian life that promote authentic Bahamian culture” explained BBB Marketing Manager for Sands, Valderez Miller, who was on the island for the start of the 53rd Annual Long Island Island Regatta which took place from June 1 to Jun 4, 2022.

This year’s festivities attracted scores of the country’s best sailors and top-notch vessels to participate across categories ranging from Class A to G. “The rules require that all participating vessels be locally designed, built, and sailed by Bahamians so each Regatta Season is an opportunity to test the competitive spirit of sailors while also preserving the boat-building skills that have been passed down through generations,” said Tanya Farquharson, President of the Long Islanders’ Association. “We are so pleased to have the support of brands like Sands who see the value in making sure that Bahamian traditions like regattas survive through the years,” she said.

As a major sponsor of the races, Sands provided the prize money for boaters participating in the Class A category. During a check presentation held at Jimmy’s Wines & Spirits’ East Bay Street location, officials presented the Long Islanders’ Association with $8500.00. “We’re anticipating fierce competition from all the sailors” Farquharson noted. “After being away for so long, we know that all of the sailors will be prepared to take home the trophies, money, and bragging rights.”

For Sands, and the Bahamian Brewery and Beverage Company, sponsorship of this major regatta event is the first of many unique and strategic partnerships that beer-lovers can expect over the summer.

“We are excited about what is in store for the Sands brands and the community,” said Miller. “We hope to build on the relationships we’ve established and work with our partners to integrate ourselves into almost every aspect of Bahamian society and we invite supporters of the brand to come along for the ride.”