Presidente Turns Up the Heat with New Summer Promotion 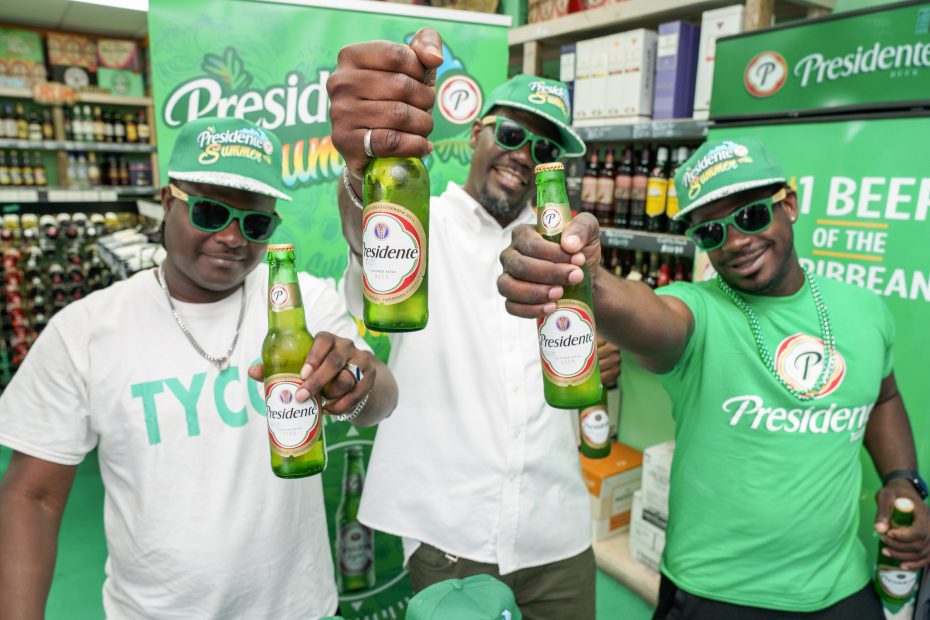 New Providence, Bahamas –Bahamian Summers are synonymous with high temperatures, beach bodies, and now thanks to a new promotion from the Caribbean’s favourite beer, it will also become synonymous with ice cold Presidente.

Since its huge re-launch in the local market last year, scores of Bahamian beer drinkers have embraced the crisp and refreshing taste of Presidente; with thousands flocking to support various Presidente events from the wildly successful music vibes tours, to Carnival themed parties and fetes. With Summer in full swing, Presidente Beer, along with their distributor Bahamian Brewery & Beverage Company, is now ready to launch a new series of events, which will build on the successes of last year while offering an elevated experience for its customers. In honor of the summer promotion which recently launched, the entire Presidente team recently began making the rounds on radio to promote the upcoming events stopping by the ‘Morning Boil’ with Eddie and Sannie to promote Presidente Summer, and will also be guests at 100 Jamz as well.

“This summer will be no different” said Presidente Marketing Manager Manuel Bartolo. “We’re about to turn up the heat, with a series of events with local promoters that we hope will both meet and exceed the expectations of our fans.”

Teaming up with Exclusive Entertainment, Fresh ENT and some of Nassau’s hottest DJ’s, Presidente hosted a massive powder, foam, and Beach concert which took over the Western Esplanade beach this past Saturday, attracting scores of Soca music lovers to enjoy a colorful and fun beach experience all while enjoying the great taste of Presidente Beer – which was on special all night long.

Last weekend’s concert was one of two major events which will feature lots of powder, live performances, and DJ Music. The second concert event is set for September 29 and will feature high energy performances from surprise artists.

In addition to the major concert events, the Presidente team will also be popping up at selected restaurants and bars around New Providence bringing with them, Presidente Beer specials, and awesome Presidente Paraphernalia as well.

“Presidente is all about taking the party to the people” said Damien Humes, Sales Supervisor at the Bahamian Brewery & Beverage Company, “This summer, we wanted to meet our customers at the all the places they love to enjoy Presidente”.

Presidente Beer will also invite several of its loyal fans to not one, but two exclusive pool party experiences.

“These exclusive parties are invitation only events so we’re giving Presidente drinkers the opportunity to win entry for themselves and a group of their friends to come party with Presidente” he explained.

To enter simply purchase Presidente beer from any of the participating stores and scratch off the card to reveal whether you are a winner. 10 persons will win the chance for them and four friends to party poolside with Presidente Beer.

Details on all upcoming Presidente Summer events can be found on social media at https://www.facebook.com/BahamianBrewery/.